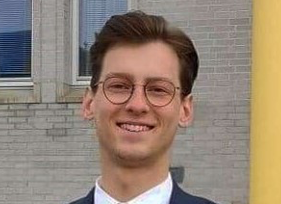 FarFish developed and ran a one-week University-level certificate course in Marine Management and Innovation in the spring of 2020. Over thirty participants attended the course and eight students completed the certificate programme by submitting a thesis on FarFish relevant issues. We have been publishing summary of these essays here at the FarFish webpage, and now we present the work of Daniel Jensen from UiT in Norway, which gives insights into governance in high-seas areas or Areas beyond National Jurisdictions (ABNJ).

Areas beyond national jurisdiction (ABNJ) are the areas past a states’ 200 nautical mile (nm) exclusive economic zone (EEZ). Marine biodiversity and the magnitude of the resources found in ABNJ provide crucial ecosystem services such as seafood, raw materials, genetic resources, medicinal resources, air purification, habitat services and cultural services. In fact, the mere scale of ABNJ makes them the most valuable provider of ecosystem services overall, not least in climate regulation. The Global Ocean Commission has estimated that high seas ecosystems are responsible for almost half of the total biological productivity of the global ocean. These ecosystems are also capturing and storing close to 500 billion tons of carbon annually, which equals a value of 74-222 billion USD. Moreover, nearly 10 million tons of fish are caught annually on the high seas, i.e. more than 16 billion USD in gross landed value per year. In other words, the features and resources of ABNJ are without doubt valuable with respect to environmental, social and economic terms.

The treaty governing ABNJ is the 1982 United Nations Convention on the Law of the Sea (UNCLOS). It represents the international legal binding framework that governs ocean areas outside a state’s 12 nm territorial zone, including ABNJ. UNCLOS establishes a comprehensive set of rules and principles that intends to regulate all uses of the sea, i.e. the exploration and exploitation of its resources in all areas of ocean space. Despite being nearly universally recognized as one of the most significant accomplishments within international maritime governance, growing scientific knowledge and technological advancements – including intensification of anthropogenic activities across all oceans – have shown clear gaps and loopholes in UNCLOS. These gaps are especially evident in ABNJ governance. UNCLOS does include explicit principles for ABNJ, however these principles are primarily based on the 1958 Convention on the High Seas, and it is fair to say new challenges have arisen since that instrument was first adopted.
Today, the marine environment is under heavy pressure from various activities taking place in, the high seas. Fisheries and shipping (90% of world trade is conducted by the international shipping industry) are the more prominent industries, while newer industries such as seabed mining and bioprospecting are developing and growing. The intensification of these activities throughout the years has led to devastating overfishing, ecosystem destruction, and pollution. Consequently, current rules no longer adequate to meet modern challenges. The longstanding principle of the freedom of the high seas is no longer sufficient to regulate these uses and to ensure the protection as well as the preservation of the marine environment.
Apart from UNLCOS – acting as the overarching governing treaty – other agreements and organisations exists as well, with the intention of further improving sustainable maritime governance. However, the commonality between these agreements and organisations is that they often cover a particular sector or issue, typically created on a geographical basis, such as regional fisheries management organizations (RFMOs). This is why ocean governance framework is often characterized as fragmented, and this is especially the case with respect to ABNJ governance. There is an absence of a comprehensive set of overarching governance principles for ABNJ, and thus we are left with large regulatory gaps that are unable to deal with current issues. We need an international treaty specifically tailored to ABNJ. Therefore, it is reassuring to see that the United Nations (UN) has facilitated discussions between State representatives to develop an international legally binding framework for the conservation and sustainable use of marine biological diversity of ABNJ, outlining consistent and transparent regulation. Such an agreement would create many benefits, with the most important one likely being long-term sustainable exploitation. So far, the discussions facilitated by UN are still ongoing, and it will likely take several years before an actual agreement is enforced. It is unfortunate, as implementing actions should be taken as soon as possible. However, the hope is that such a legal framework will contribute to better decision-making and cooperation between member Nations, as well as sustainable preservation of the marine resources.

Good practice guidelines for developing management recommendations for the EU...

The FarFish word is spreading
Scroll to top